One of the deadliest groups currently active in Zangali is GHOST Group 5 (GHOST5).

This PMC was formed straight after the first gulf war. A group of American soldiers that retired of active duty had trouble fitting in society and couldn´t find jobs that gave them the satisfaction they found on the battlefield. They mostly came from a spec. ops group called GHOSTS and were the first to work as a team but soon they added more and more former army buddies. Nowadays they have grown to a full size PMC and have peronel for every job. From former navy helicopter pilots and spec ops agents to normal soldiers, they have what it takes to get the job done. They are considered to be somewhat of a rogue group because they sometimes go beyond the actual mission. The term "overkill" comes to mind.

These models come from the Warlord games Project Z game. These are made out of the special forces set which comes with a lot of options. The models look ok but putting them together is a nightmare.
I went for an all black combat uniform. Nice and easy to paint and you can easily identify them as one on the gaming table.


In this picture you see a Red Earth Conflict Control (RECC) team, Private military contractors active in Zangali. The team has one heavy weapon specialist, one team leader and six operatives with various weapons. Models are Eureka Miniatures PMC

South African based Private Military Group which had it's origins in the Rhodesian war. This company is very experienced in dealing with conflicts on the African continent. It has been involved in the Rhodesian, Liberian, Sudan, Mali and Ugandan war as well as the Sierra Leone civil war.

Little is known about it's assets but this company has been around for years and years profiting of the many African wars. They work for who ever is willing to pay the price. They have no moral code they work by, no rules they have to follow. Simply put they finish the job for the highest bidder.

You find more information about the characters and active groups in Zangali HERE
No comments: 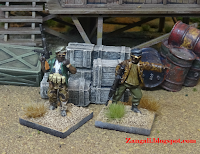 I have added more rebels to my NAM (Northern Armed Militia) army. Most of them are Eureka Miniatures but the leaders are from Spectre Miniatures. If you look closely you'll see that these models have had a weapon swap. The original weapons look great and true to scale but they bend really easily.

With these models added to the total I now have 24 rebel soldiers ready for some interesting scenarios. 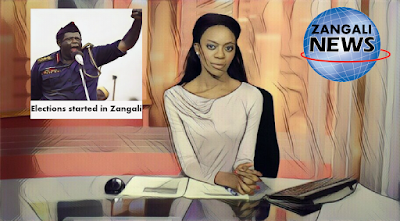 Good evening Zangali... Today was the first day of the national elections. Voting was largely peaceful throughout the country during election day. Observers deemed the polls generally free, fair, and transparent. The country was holding it's breath because of the recent unrests. 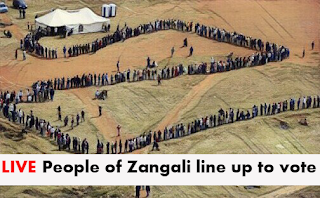 The elections in Zangali are held over a period of three days to enable all Zangalians to vote. Some have to travel large distances and have to make a several day trip to reach the polling station to cast their ballots.


The current government has agreed to enable UN-observers to monitor the elections. They are present at the polling stations and so far they are satisfied. Each voter has to dip it's right thumb in a pot of red dye and make a fingerprint impression on their ballot form, Then sign the form with their signature and check the box of their candidate. This way no one can vote twice.

Tomorrow is the second day and maybe then more can be said about the possible outcome of the elections.

I finished the hostages made by Spectre Miniatures. They're not more than pawns in the game but I really like them. You don't get a lot of models like these and they really help to set the scene on my African modern wargaming table.

After a brief period of peace the African and international media once again focus their attention on Zangali. With the upcoming presidential elections coming up the temperatures rise once again. In previous election rounds President Anan never had anyone running against him. This was mainly due to the fact that there were not many men brave enough to take him on and those who did usually disappeared from the face of the earth in dubious circumstances.

Now that the country is torn in half with the North firmly supporting the rebel leader and former president's son Lebon Banga things might not be so predictable. Even though  Banga has not yet signed up as running candidate for the presidency it is to be expected to happen any day now. With Banga save and sound in his Northern stronghold it will be near impossible for Anan to take his opponent out before the elections.

Whilst everyday life goes on in the Southern regions it is very different in the North. Daily riots and protests against the sitting government seem to snowball through the region. These protests have now also reached the middle of the country where Anan's troops and police force try to keep them in check. With every day they seem to get more violent and grim.
No comments: 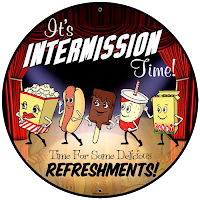 Dear Zangalians, This Blog will not be updated for the next 6 weeks but it will be back on September 12th 2016. This period will be used to recharge the creative batteries, do more research,  I'm going to paint up a few more models and think of new story lines and wargaming missions for Zangali and use them for new Blog articles after the summer but first I'll take some time off and relax for a bit..

I'm sorry you'll have to miss your Zangali updates for a while but I'll be back before you know it. In the mean time, why not send your friends and family a nice postcard from Zangali.. 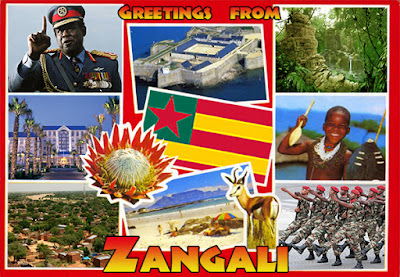 Hope to see you all back here soon...

Citizens of Zangali, please remember your duty to vote! The National Elections are now. Our beloved president needs our help to continue his good work for our beautiful nation.
Vote Ime Anan for president!!!